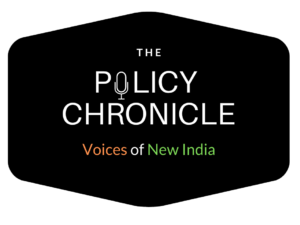 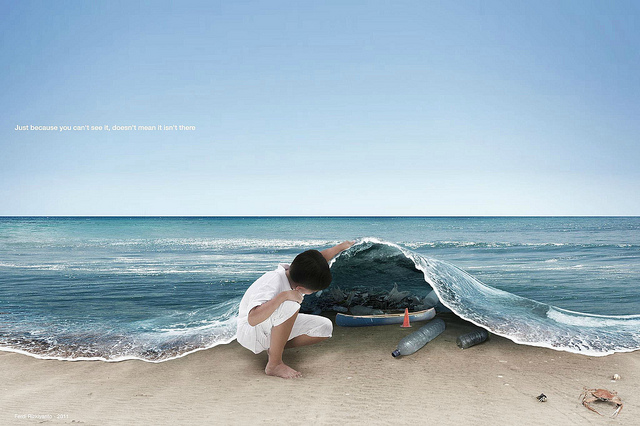 Environmentalists talk of grave threats to the environment from fast economic growth, unbridled consumption, materialism, insensitivity towards nature, demographic explosion, etc. These boil down primarily to two factors: one- unrelenting quest for economic growth and, two, rapid growth of population.

However. There are a series of causes that eventually led to an emergence of ecological movements, as explained below-

From the closing decades of the eighteenth century, beginning in England, human economic activity accelerated as new technologies of production came into use and inanimate energy substituted animated energy. Fossil fuel provided cheap energy. This, together with the advancement in science and technology, enabled humans to overcome the constraints presented by distance and climate, and even limitations that stem from the nature of living organisms. This led to a tremendous increase in the exploitation of resources. It has been estimated that the total value of goods and services brought in the market in the world (the world GDP) stood at two trillion dollars.

This is indicative of the tremendous economic growth that took place. It might be added that, during the same period, carbon-dioxide emissions also increased thirteen -fold.  In short, the quest for economic growth became the mantra of the twentieth century – the creed of not only capitalists, but also communists and nationalists. Availability of cheap energy from fossil fuels and technological advances determined the pace and direction of economic growth. Air quality and the impact of ecological damage on human health were given very low priority.

Policymakers in the communist countries, like Marx and Engels had shown enthusiasm for conquering nature and believed that nature exists to be harnessed by labour. After the communist state emerged in Russia, technological capability, ideological zeal, and political ambition made Soviet officials, scientists, and engineers undertake gigantic projects in the name of the people. Stalin adopted the Five Year Plans with a view to industrialising his country with extraordinary speed. Energy guzzling and pollution producing industries – steel, ships, and chemicals – were encouraged.

The twentieth century saw unprecedented increase in the population- from l.65 billion in 1900, it increased to 6.6 billion in 2002, an almost fourfold increase. The increase however, has been uneven as the population in the Asian and African countries has grown much faster. The relationship between population increase and pollution is hazy. The general feeling in North America and Western Europe is that this ‘population bomb’ has created the severest threat to the ecosystem and that increase in population defeats the very purpose of development. On the other hand, Indian and African analysts usually argue that intense economic activities that have led to the ecological transformation took place in the North and that strain on unnatural resources is the result of the lifestyle of the consumerist society. They argue that fast and careless industrialisation in the West had a greater role to play than the rate of population growth

Population pressure seems to have been an important cause of increased food demand, water scarcity, and deforestation. The ecological changes resulted more often from a combination of mutually reinforcing factors than from population increase alone. People are everywhere motivated more by ideas that favour power and wealth. Similarly, it has been argued that notions derived from Western rationalism or scientific revolution deprived nature of the sacred character and gave license to environmental mayhem.

Since the beginning of agriculture, human beings have altered the soil chemistry. During the twentieth century, the pace of soil erosion has accelerated tremendously. Four aspects of changes in-the earth’s crust are taken up here: soil erosion, efforts to increase soil yield, corrosion of the earth’s surface through mining and waste disposal.

As a result of industrialisation, water and land bodies were polluted. Oil mining in the seas and plastic disposal in the water bodies came to be a threat to sea-life. Air pollution is caused mainly by the extensive use of fossil fuels, metal-smelting, growth of big cities and concentration of heavy industry. Fossil fuel is used extensively as a source of energy, and supplies about 90 per cent of the world’s energy. It is a non-renewable source. In the twentieth century, as a result of fossil fuel burning, metal smelting, and waste incineration, toxic metals have also entered as dust into the air. Lead emissions come from the tailpipes of automobiles

Crucial departure in agriculture came with what has become known as the ‘Green Revolution’. It was the result of classic effort to make nature subservient to humans through plant-breeding. This new variety of seeds brought spectacular increases in the productivity of crops. Britain, North America, Australia, New Zealand and Japan also increased the production of these cereals. In the countries of the South, too, there was tremendous increase in agricultural production. By the 1980s, dozens of countries were able to keep their food production ahead of the population growth. The Green Revolution also produced unintended disastrous consequences. This new variety of crop was dependent on chemical fertilisers. The Green Revolution also had decisive impact on the redistribution of wealth and power amongst individuals, classes and nations. It widened the gap between the rich and the poor.

During the twentieth century, the number of people living in cities increased tremendously. Cities take in water, food and oxygen, and discard sewage, garbage, and carbon dioxide. Besides, industry and transportation systems cause pollution. The infrastructure to provide for the needs of people rarely keeps up with the speed of urbanisation. Thus, these urban structures disperse the environmental effects across broader hinterlands.

Another important problem that emerged in the South is that of displacement of people. People are forced to migrate from the land where they were born to other areas.  Ecological refugees fall in four categories: one, persons who are displaced by natural disasters such as floods, earthquakes or cyclones; two, those who are driven out of their homes because their land is used for developmental projects such as dams, roads, wildlife sanctuaries, etc.; three, those who cannot make their two ends meet because their land turned barren because of desertification, waterlogging or salinization; and four, because the common land ”as grabbed by the powerful. They are being called ‘environmental refugees’. In the South, people had migrated throughout the twentieth century.

To take some examples, in Africa, the Tonga people depended for water on the fast-flowing Zambezi River. But, in the late 1950s, the construction of Kariba dam began and 57,000 Tonga people from Zambia and Zimbabwe were made to shift to a very inhospitable rocky land.  In India, in Koraput region in Orissa, the government acquired 500,000 hectares of land to build dams and the mining industry. Similarly, the Bhakra-Nangal dam in Punjab and Hirakund dam in Orissa displaced hundreds of thousands of persons.

It has been estimated that between 1951 and 1990, a total of 21 million people have been displaced by dams, mines, industries and wildlife sanctuaries in India. Most ecological refugees become economically, socially and politically the weakest and most vulnerable sections of society.

Impact of COVID-19 on the Maternal Health

Impact of COVID-19 on the Maternal Health